The lighting has already bid farewell to the era of a fire, a candle and an oil lamp. When the modern architecture and living environment collide with the lighting of the lights, another beauty of the lighting blooms like a flower. The LED pattern lights are simple and generous, and have strong Chinese characteristics. They can be used indoors and outdoors, and can be equipped with LED lamp beads. The modern city must use her to make up some unique flavors. The light of the pattern lights up, the red light shines, and the beautiful scenery of the happy atmosphere can be realized. 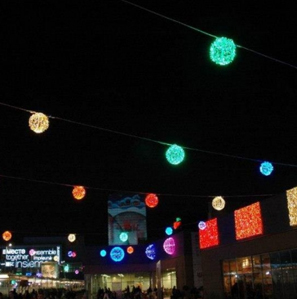 After deepening the understanding of the LED light source skills, referring to the planning characteristics and development trends of the traditional lamp appearance, and analyzing the existing LED pattern lights, based on the advantages of LED skills, the appearance of the lamps is opened. Look for the combination of new LED skills and luminaire exterior planning to create exotic luminaire LED modeling lights.

The luminaire must be used at a predetermined voltage and frequency. Where the grounded luminaire must be checked for grounding environment, the indoor luminaire can not be moved to outdoor use. Electric, gas, oil furnaces, etc., where the top of the warmer and its similar or direct encounter with steam, should not use ordinary lamps. The lamps can not be installed in the specified wattage.